Bringing inspiration to those who share our love of sweet potatoes.

We All Scream For Ice Cream 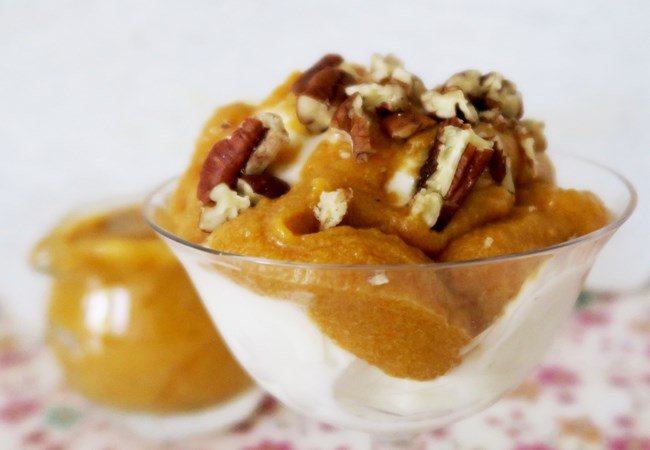 Did you know that in 1984, President Ronald Reagan designated July as National Ice Cream Month? In proclamation 5219  it states that ice cream enjoys a reputation as the “perfect dessert and snack food”, adding that in 1983 over 887 million gallons of ice cream were consumed in the United States.

The proclamation adds that nearly 10% of all the milk produced by United States dairy farmers is used to produce ice cream, which contributes substantially to the economic well-being of the nation’s dairy industry.

Flash forward to 2015, when about 1.54 billion gallons of ice cream and related frozen desserts are being produced in the United States. The ice cream industry is now contributing more than $39.0 billion to the nation’s economy and creating more than 188,000 jobs.

That’s a lot of frozen deliciousness!

I personally go for the exotic flavors. Ben & Jerry’s often intrigues me because of their unique, nontraditional flavors and combinations such as red velvet cake and cheesecake brownie. But no matter what my favorite is, it turns out that vanilla continues to be America’s top choice in ice cream. That’s probably because it’s so versatile in desserts and easy to add toppings to.

However, the ice cream industry competes to offer diverse choices, as manufacturers and chefs are constantly coming up with new and exciting flavors (and we thank them!). For example, Sweet Me Strawberry Rhubarb Cobbler Ice Cream, Honey Roasted Peanut Butter Ice Cream, and Cool Mint Sandwiches were named the most innovative ice cream products at the International Dairy Foods Association’s annual Innovative Ice Cream Flavor Competition earlier this year.

If you’re short on time and already have a pint of vanilla ice cream chilling in your freezer, her ultra creamy Sweet Potato Almond Milkshakes and Sweet Potato Ice Cream Sauce are ready in just five minutes!

So whether you’re indulging in a more traditional flavor or mixing it up with sweet potato & black pepper, we hope you’re enjoying #summer and #NationalIceCreamMonth. And just for fun, find out what kind of ice cream you are based on your zodiac sign with this fun quiz from BuzzFeed!

Check Out our Holiday Cookbooks!

We’ve gathered hundreds of recipes over the years and we couldn’t keep them all for ourselves! Download yours today so you can check out some of our Holiday Favorites from Bruce’s Yams and our sister company, Glory Foods! 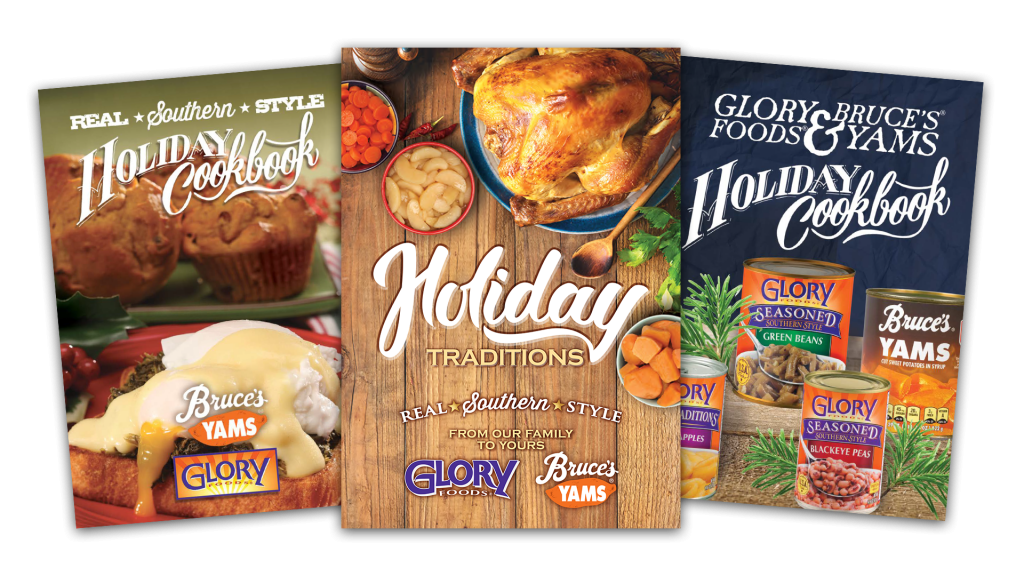 Follow Bruce’s Yams on all your favorite social media sites.

Our yams have been a staple ingredient in holiday recipes for years. We’ve compiled some of our favorite Holiday Recipes from Bruce’s Yams and our sister brand, Glory Foods, into Holiday Cookbooks you can download FOR FREE! 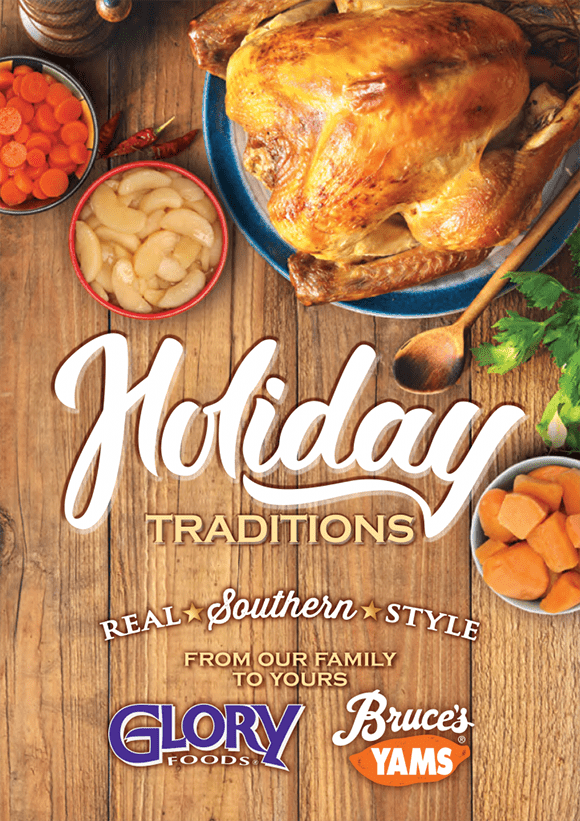 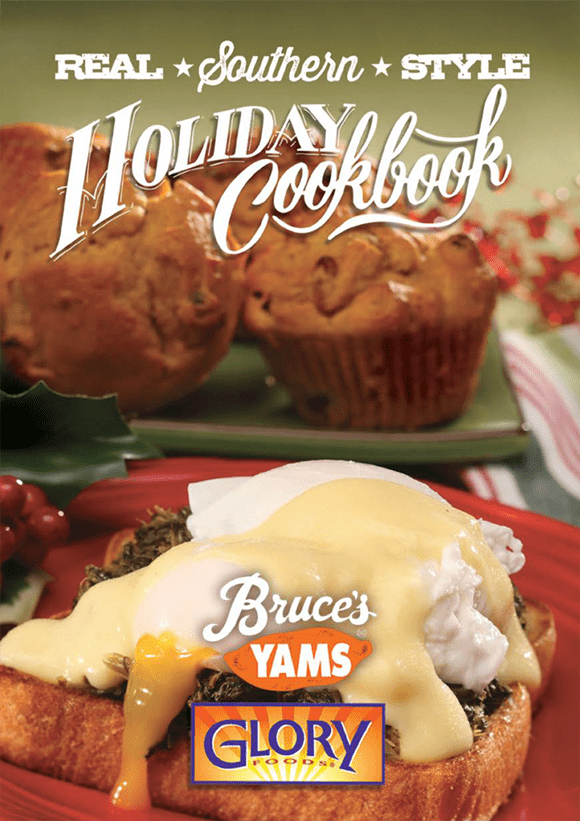 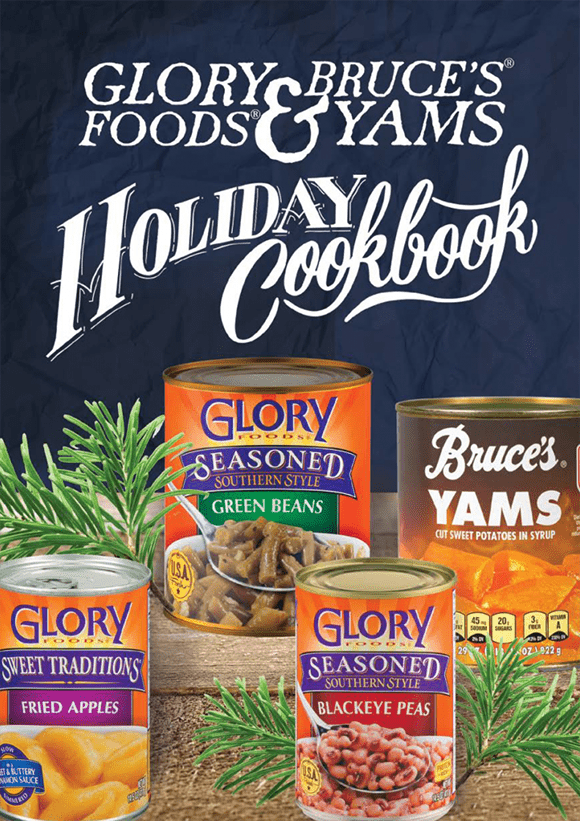 Our yams have been a staple ingredient in holiday recipes for years. We’ve compiled some of our favorite Holiday Recipes from Bruce’s Yams and our sister brand, Glory Foods, into Holiday Cookbooks you can download FOR FREE!